Bhubaneshwar has steered ahead as the flagbearer of India’s hockey circuit as the home side defeated the men from Netherlands by a margin of 3-1 during the penalty shootout, which included a final strike from Akashdeep Singh to seal the deal for the team.

Of late, India’s prospects in hockey have dwindled due to substandard performances in the Olympic stage.

Once regarded as the thriving field of the sport in the entire country, as the men who possessed the sublime skills and abilities to tame even the best in the business in the biggest of the stages; the Indian team now is on a search to surge ahead in a year where they would be at the centre of everyone’s attention come to Tokyo. Team India defeated Netherlands in both the legs of the FIH Pro League. Image: Hockey India

To put it into further perspective, 2020 marks 30 years since the Indian contingent bagged a medal in the Olympics. Having won 11 out of the 28 medals that India has notched in the history of the competition, field hockey continues to be the country’s most successful sport when it comes to this event. However, a steep decline in terms of performances and sheer impact every four years has meant that this drought has now lasted for three long decades now.

India is overlooked as a potential rising force in world sports, and with individual athletes gradually gaining prominence and winning medals and competitions to further, upstage themselves, the nation cannot afford to fall behind and continue their leniency in the sport that put them on the Olympic map for a considerable period of time in the first place.

And hence, a promising start to the calendar year was to be essential for what is going to be an incredibly important next nine to ten months for the Indian hockey team. Under the tutelage of former Australian field hockey player, Graham Reid, the Indian team would be competing in the 2020 Men’s FIH Pro League ranging from January to June this year. It is a nine-team tournament being played in a round-robin format and the Indian side has begun in a brilliantly convincing convention with successive victories over the Dutch team in consecutive days.

How did it pan out?

The first match of the event was pretty much an ideal course of the game for Reid’s men as they triumphed over the Netherlands by a margin of 5-2, humiliating the opponents and gaining a stellar steep rise in confidence at the very start. How a team commences their tournament often determines what sort of momentum are they successful in gaining and how much they are able to capitalize positively on the same. If we take that particular criterion into consideration, the Indian team is well and truly on the right pathway as a brace from Rupinder Pal Singh meant that the Indians spent very little time before seamlessly settling into the pace of the game. Furthermore, Gujrant Singh, Mandeep Singh, and Lalit Kumar Upadhyay scored a goal each to further culminate the eventual scoreline. Whilst the first game was pretty much an easy ride, the second one was a much cagier affair. 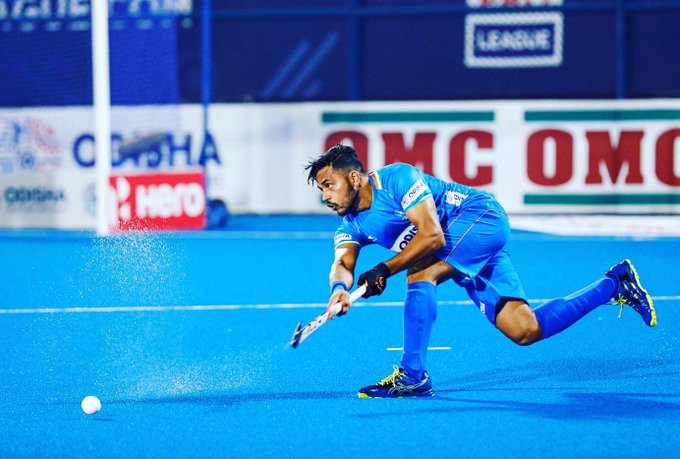 Harmanpreet Singh was on fire against the Netherlands in Bhubaneshwar. Image: Hockey India

Having minutely overseen the Indian team’s overall style and approach to the game, Netherlands struck back equally hard as the game ended in a 3-3 draw during the regulation time. Van der Weerden, Jeroen Hetzberger, and Bjorn Kerllerman scored for the visitors within a span of five minutes itself. This meant that the Indians were left playing catchup and hence had to exert much greater force, instill further intensity into their game but finally, a goal each from Mandeep and Rupinder within five minutes ensured that the game progressed into the shootouts. P.R Sreejesh unleashed his widespread experience and an innate understanding, his laudable ability to maintain his calm and composure during the game to deny three straight attempts at goal from the Dutch players. On the other hand, the Indian team didn’t hold back as the likes of Vivek Sagar Prasdad, Gujrant Singh and Akashdeep were successful in putting the hockey puck at the back of the net to ensure that the Indian team completed a set of two consecutive victories over the Dutchmen! Currently, the home side sits comfortably at the top of the points table with five points from three matches and would be facing Belgium in a leg of two games within 20 days now.

What to expect against Belgium?

Belgium would have already faced the Aussies and the men from New Zealand for two games each (total four) by the time they face the Indians. It would be interesting to observe how both these sides turn up for that particular contest considering the Indians would have ample time to analyze the Belgians and a bankable amount of matches to formulate their gameplan around them. However, Belgium could also get into a credible momentum by them, and a successive run of matches could assist them to uphold that by the time they face the Indians. 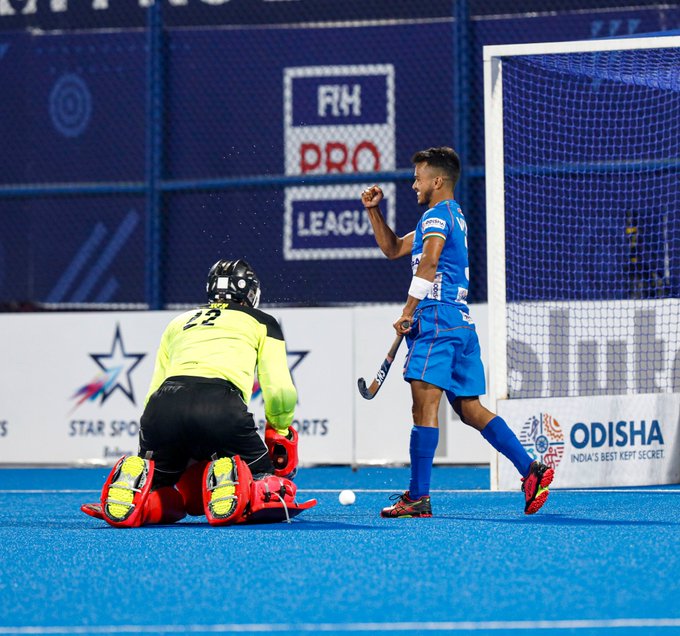 On the other hand, fortunately, the Indians would be playing that match in the Kalinga Stadium itself but the Belgians would have already traveled first to Sydney and then to Auckland before coming to India for their scheduled matches. Considering the number of factors that are tilting in the Indian team’s favor currently, coupled with how well they have managed to turn up and win games in the first two matches; it is definitely going to be a set of encounters to keenly look forward to early next month!

Both games will commence from 7:00 PM.